You know those reusable grocery bags you've been "abusing" ever since you got them?

C'mon. Be honest. I know you've pushed them to the limit. You've over stuffed them with groceries, hauled library books, and even your kids have used them to carry, 'God-knows-what' in them. My kids have used them to lug the entire year's worth of books to school in September and carry everything from their lockers back home at the end of the school year. And the bags have survived the torture year after year....until the straps on one of the them finally broke the other day. But the body, made of recycled plastic, is tough as an Army tent and is still intact.

This pink one is my favorite so they are not allowed to touch this one. Yes, I have a favorite grocery bag. It's a long story. 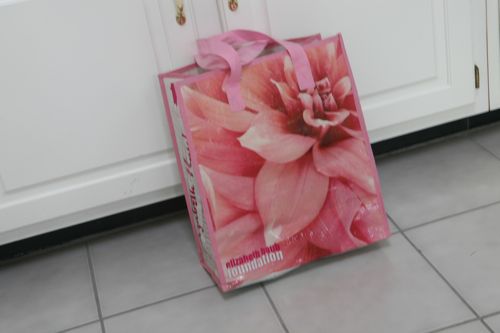 So, instead of throwing away the broken bag, I decided to make something with it. You can upcycle them if you have any broken ones and delay their demise of ending up in a landfill a little longer. Of course, you can make them into smaller bags by re-attaching the straps but that requires sewing and the straps might break again.

So, I decided to make a coupon wallet with my latest victim, the overstuffed-hardworking-recycled-from-post-consumer-products-reusable-grocery-bag.

A long title but an appropriate tribute.

Oh, and do you know what's even better? This does NOT require sewing. Yay!! 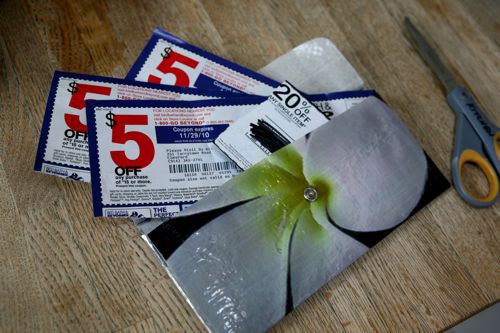 Grab a piece of paper from the recycle bin and fold in thirds with the last fold slightly smaller. So one sample of dimensions of the sides (the length of the paper) could be 4", 4" and 3"... or whatever dimensions you want the length of the wallet you want. The shorter part (the one on the far right) will be the flap cover for the wallet.

Cut the gusset of the bag, in the length of the flap cover - 3" in my case.

Put the pattern on top of the bag, aligning the flap cover with the gusset, and cut according to the pattern. You are essentially cutting the entire piece, 8.5" by 11". 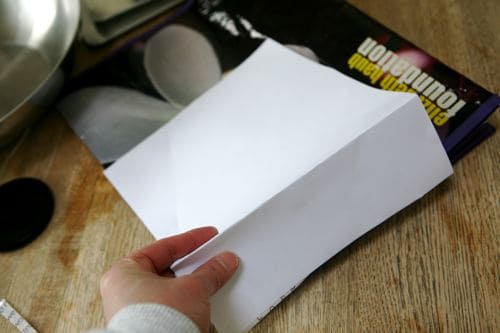 This is what it'll look like after you cut the piece out. Well, the one that's underneath the paper. How did I NOT take the photo of the actual piece???

Well, you get the picture. Sorry. No pun intended. 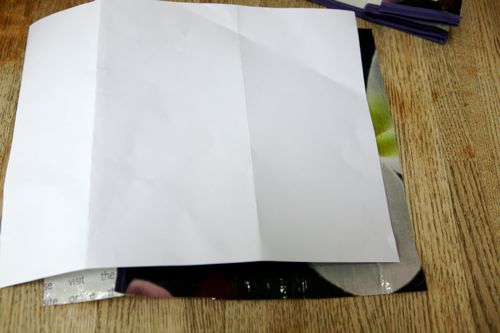 Cut the smallest section - the flap cover - of the pattern. It will be used to cut the dividers. 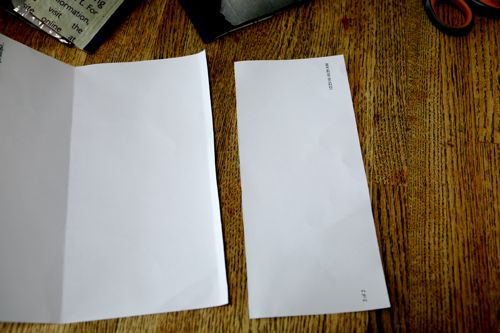 Now, using the cut out piece as a guide, cut as many pieces from the rest of the bag as you need. These will be used as dividers. I was able to cut 5 out of mine. 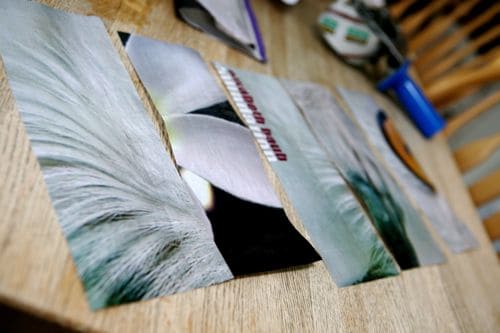 If you are going to use a snap or sew a piece of Velcro, this will be the time to do it. Otherwise, you'll have to use a sticky Velcro as a closure and that's NOT the best option as it will come undone as you use the wallet frequently. This is also a good time to trim any irregular edges all around to make sure the dividers are all snugly fitted inside. 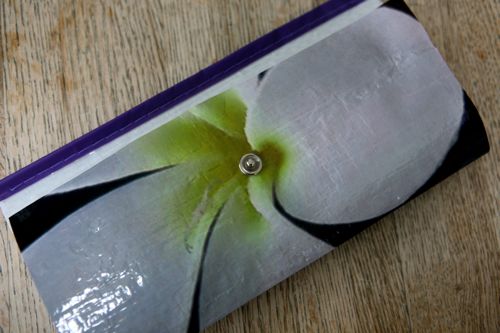 Now the fun part, as if you weren't having fun yet, assembling and taping. Tape both sides and add the other dividers on top and tape them one by one onto the middle section of the wallet. Continue to tape them all down neatly. Make sure the bottom of the divider aligns properly down in the middle of the fold of the wallet. 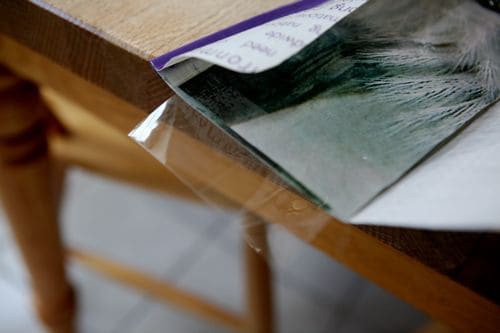 This is how it will look before I tape the outer part. You see how neatly the dividers are taped?

Hey, how did my meat tenderizer get in the picture? Never mind. 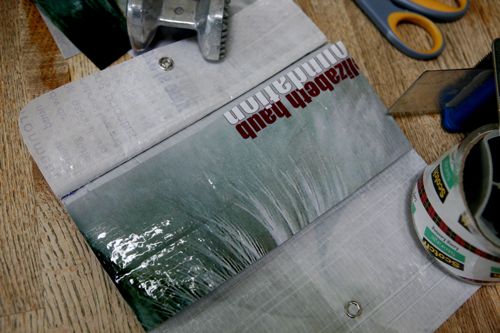 Tape the bottom flap on both sides. Cut the rounded corners of the flap so that they won't stick you. And do you see the purple seam on the top that is from the gusset? You can tape the seam so that the threading does not fray at the ends.

TADA! You made a wallet! 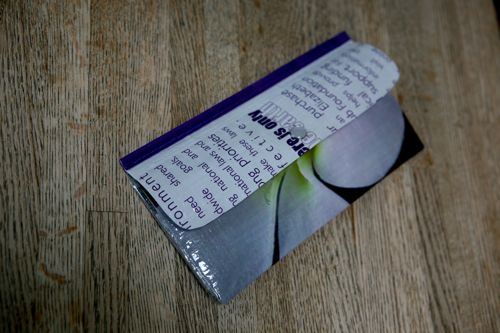 Now I can afford to buy canvas cotton grocery bags with all the savings from coupons I saved in this neat wallet!