Environmental Working Group (EWG) publishes a shopper's guide with a list of Dirty Dozen and Clean Fifteen. The list changes annually so check to see which organic produce you should buy and which conventional produce you can buy safely. 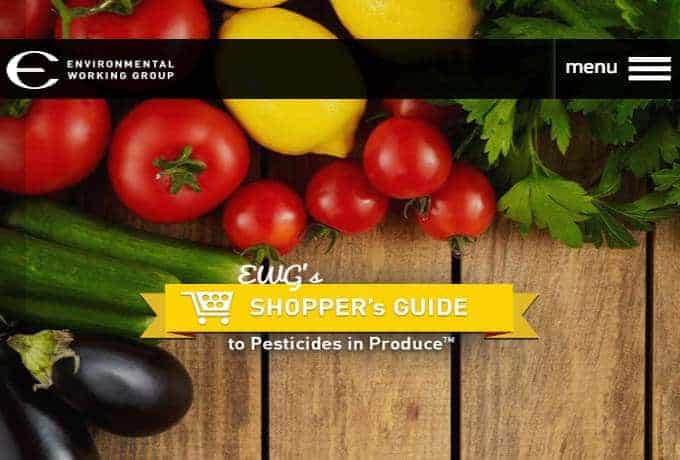 It's not easy to feed your family healthy meals when you are busy and are on a budget. And especially with food prices on the rise and organic foods being so expensive, it might be easier to buy cheap packaged processed foods. But in the long run, it's not cheaper. Your family's health is priceless and you wouldn't want to risk their being sick from eating foods exposed to pesticides, artificial ingredients, added sugar and 'unknown' food additives.

According to EWG.org, a non-profit organization that tests consumer products for safety, states, "Some 65 percent of thousands of produce samples analyzed by the U.S. Department of Agriculture test positive for pesticide residues. That's bad news for the growing number of Americans who want to minimize their consumption of pesticides. Parents' concerns have been validated by the American Academy of Pediatrics, which in 2012 issued an important report that said that children have "unique susceptibilities to [pesticide residues'] potential toxicity." The pediatricians' organization cited research that linked pesticide exposures in early life and "pediatric cancers, decreased cognitive function, and behavioral problems."

EWG updates its "Shopper's Guide" that lists Dirty Dozen PLUS and Clean Fifteen foods every year. The organization researches, tests, and publishes the report to educate shoppers in this dizzying world of food shopping.

Listen to Dr. Andrew Weil, a renown integrative MD, a medical expert on natural health and wellness, talking about why organic is healthier for you and why you should refer to EWG's Shopper's Guide.

And here is Dr. Alex Lu from Harvard University, explaining what effects pesticides have on children.

In 2014 testing of 48 popular items by EWG - 3 of them in different variety - 51 items were on the full list according to the amount of pesticide residues were on the produce. Here are some interesting findings from the testing.

On the Dirty Dozen PLUS:

You can download the current year's pocket size below.

Again, you don't have to buy organic all the time. You can save money by buying conventional from Clean Fifteen but buy organic from the Dirty Dozen PLUS list. And if organic options are not available, always clean your produce with vinegar and cook them before eating to reduce pesticide exposure. Eat your vegetables and fruits to be healthy but eat safely!

You can see the FULL list here. If you have a smartphone, you can scan your food on EWG's Food Scores App HERE  to find out what' in your food.