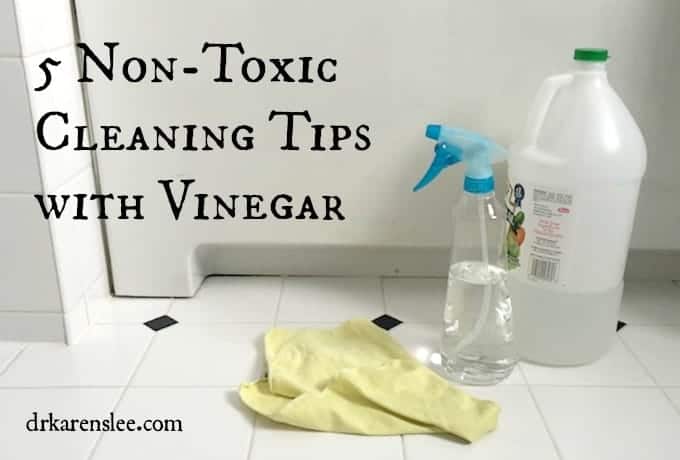 When you have to clean the kitchen or the bathroom, are you using a non-toxic cleaning method? What do you use to clean safely around the kitchen and bathroom?

In my house, vinegar is the weapon of choice in germ warfare like many households, for obvious reasons. And pair that with its sidekick baking soda, you got a dynamic duo to do all the heavy artillery work for you. But sometimes people will call in "back up" from hydrogen peroxide and salt for more power. And the combined forces make up a good assault team to combat any germ, grime and dirt you got lurking in your home.

And when you weigh the difference between vinegar vs. bleach, it's obvious that vinegar is pretty good at germ fighting, more than chlorine in some instances. But there are also instances when bleach is better.

So what should we keep in mind when using vinegar to clean?

Check out these impressive ways of using vinegar from Reader's Digest. And here is how to kill fruit flies using vinegar.