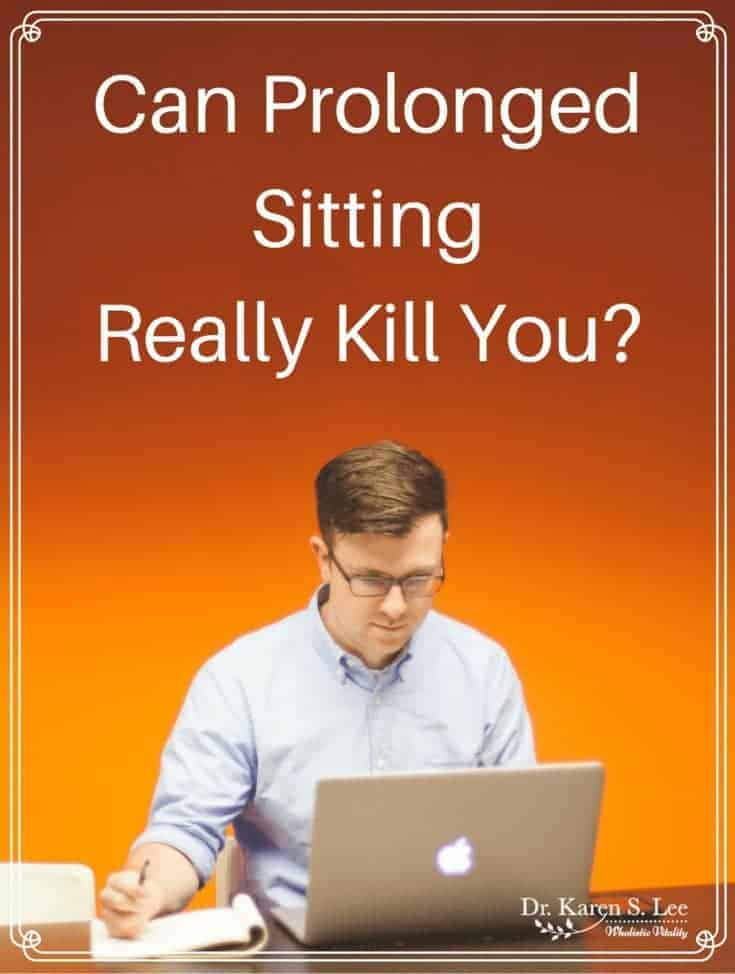 An average American sits at least 8 -10 hours a day for working, driving to and from work, or taking the public transportation. Then, some may go home and sit in front of the T.V. or on the computer for more hours. Sadly, research after research has been stating that sitting too long can cause a myriad of health problems, including death. But the most recent study from Oxford University debunks the correlation of sitting to mortality. Still, the study states why sitting prolonged periods of time is not recommended. And that's why I am sharing some creative ways you can be active while sitting and introducing you to a fun gadget called Cubii that allows you to exercise while sitting. But first, here are some harmful health effects on sitting.

Harmful Effects of Sitting Too Long

For years, there have been studies after studies that showed the harmful effects of a sedentary lifestyle and the researchers have been warning us to be more active. Some of the illnesses that are related to sitting are obesity, Diabetes, Cardiovascular Disease, Cancer, and Death. Inactivity from sitting too long can also cause thrombosis due to lack of muscular movement in lower extremities, which can cause  a blood clot. And if the clot travels to the lungs or the brain, it can cause death. This is one of the many reasons why you should move around when flying in airplanes. The same is true while working at your desk so you have to avoid sitting too long.

But as a Chiropractor, here are some of the biomechanical reasons why you should not sit too long and be inactive.

Biomechanical Effects of Sitting Too Long

The latest research that suggested prolonged sitting won't kill you were by researchers from the University of Exeter and University College London. They evaluated more than 5,000 people, including their total weekly sitting times, walking levels, and physical activity for  16 years. The participants reported their total time sitting and how long they sat during four different situations. The researchers also tracked time spent walking daily and on physical activity.

After controlling for a number of factors, including diet and general health, researchers found the overall mortality risk for these participants wasn't influenced by how long they sat or by the kind of sitting. According to one of the researchers, Melvyn Hilldon,

Our study overturns current thinking on the health risks of sitting and indicates that the problem lies in the absence of movement rather than the time spent sitting itself, ... Any stationary posture where energy expenditure is low may be detrimental to health, be it sitting or standing."

Also, according to this research,  people who became obese after sitting for a prolonged period of time were due to a certain type of sitting and not just any type. Also, prior history of obesity can contribute to T.V watching and not vice versa. According to the research,

There have been many studies linking T.V. watching to obesity but there are various reasons for the findings other than the posture of sitting. Inactivity is one of them but also, watching commercials of branded foods on T.V. contributes to more food consumption.

One thing for sure; more studies are needed to determine if mortality is caused by the posture of sitting versus any other posture, i.e. standing, or inactivity, since the study was conducted with the group of people who were active and had a better diet than other studies. Also, the question remains, is obesity as result of T.V. watching or are obese people more prone to inactivity so they watch more T.V?

Regardless what cause which type of harmful effects, it's certain that you need to move and not stay inactive. If you have to sit for work, here are some easy ways to be active to prevent from unhealthy consequences.

How to be Active & Not Sit Too Long