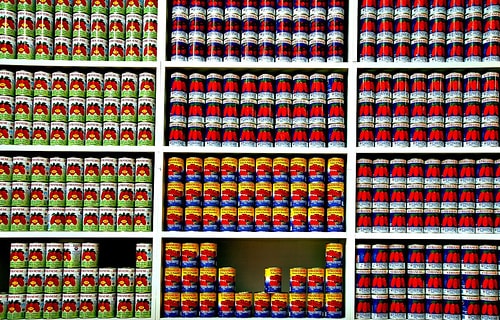 We try to eat as cleanly as possible and sometimes, it can get daunting. But knowing what some food safety experts won't even eat, it's not hard to be convinced that it's worth effort, Check out this list from prevention magazine and find out how you can avoid some of these foods that they won't even eat.

According to Fredrick vom Saal, PhD, an endocrinologist who studies bisphenol-A, the resin linings of tin cans contain Bisphenol-A, a synthetic estrogen that has been linked to ailments ranging from reproductive problems to heart disease, diabetes, and obesity. Unfortunately, acidity, especially tomatoes, causes BPA to leach into your food. Studies show that "you can get 50 mcg of BPA per liter out of a tomato can, and that's a level that is going to impact people, particularly the young," since it's an endocrine disrupter, says vom Saal. "I won't go near canned tomatoes."

And remember my recent post about BPA in toilet paper and I didn't know what to do with a case of my tomato cans? Well, Dr. Saal's statement further proves that I should just throw them away and not even donate them.

Update (Nov. 2011) - The NY Times reported a study by Harvard School of Public Health revealed that after eating canned soup for one week, subjects' BPA levels rose by over 1,200 percent.

How to avoid it: Choose tomatoes in glass bottles (lids do have BPA lining though), such as the brands Bionaturae and Coluccio. You can also get several types in Tetra Pak boxes, like Trader Joe's and Pomi 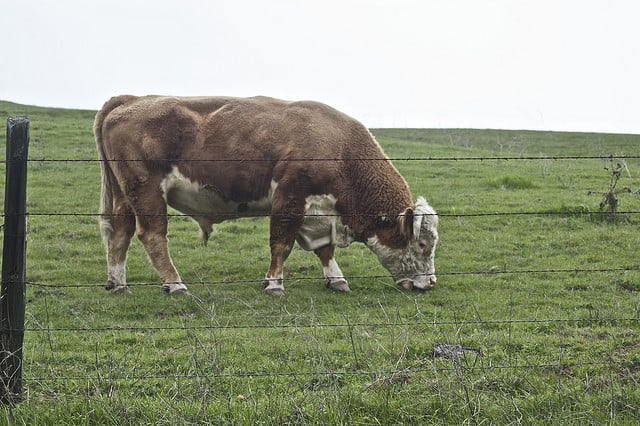 Joel Salatin, co-owner of Polyface Farms and author of half a dozen books on sustainable farming says, cattle evolved to eat grass, not grains. But most farmers raise their animals on cheap corn and soybeans, which fatten up the animals faster for slaughter. More money for cattle farmers means a lot less nutrition for us. A recent comprehensive study conducted by the USDA and researchers from Clemson University found that compared with corn-fed beef, grass-fed beef is higher in beta-carotene, vitamin E, omega-3s, conjugated linoleic acid (CLA), calcium, magnesium, and potassium. It's lower in inflammatory omega-6s; and lower in saturated fats that have been linked to heart disease. "We need to respect the fact that cows are herbivores, and that does not mean feeding them corn and chicken manure," says Salatin. And according to Food Inc., corn-fed cows are more susceptible to E-Coli colonization in their stomachs, leading to more exposure to E-Coli even before they are slaughtered.

How to avoid it: Buy grass-fed beef, which can be found at farmers' markets, local farms, and at national chain, Whole Foods. Or buy a quarter or half of a cow from a local farmers that raise grass fed meats. Eat Wild is a site that lists all the grass farmers in your state. You can search to see if any of them will ship if you can't go there. 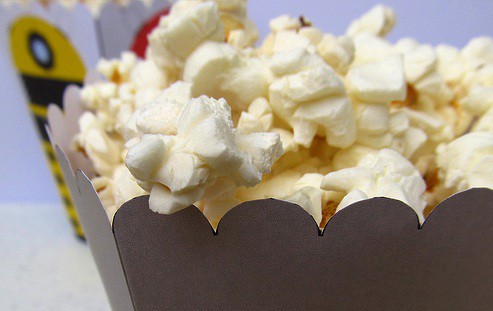 Environmental Working Group studies chemicals extensively and according to its senior scientist, Olga Naidenko, PhD, chemicals, including perfluorooctanoic acid (PFOA), in the lining of the bag, may be linked to infertility in humans, according to a recent study from UCLA. In animal testing, the chemicals cause liver, testicular, and pancreatic cancer. Studies show that microwaved chemicals vaporize and migrate into your popcorn. "They stay in your body for years and accumulate there," says Naidenko.

How to avoid it: Pop natural popcorn kernels the old-fashioned way: in a Hot Air Popcorn Maker or read how to pop popcorn on a skillet here. You can add real butter or dried seasonings and it's cheaper too. 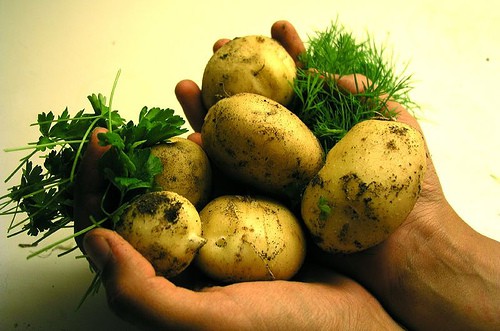 Jeffrey Moyer, chair of the National Organic Standards Board, states that "root vegetables absorb herbicides, pesticides, and fungicides that wind up in soil. The potatoes are treated with fungicides during the growing season, then sprayed with herbicides to kill off the fibrous vines before harvesting. After they're dug up, the potatoes are treated yet again to prevent them from sprouting." Most of the potatoes you buy in the grocery stores won't sprout if you left them alone but organic potatoes will. You can do a science experiment by trying to sprout them to see how they compare. According to Moyer, "I've talked with potato growers who say point-blank they would never eat the potatoes they sell. They have separate plots where they grow potatoes for themselves without all the chemicals."

How to avoid it: Buy organic potatoes. Washing isn't good enough if you're trying to remove chemicals that have been absorbed into the flesh all those months.

When I visited the Northwest with my family, I've seen salmon jump in the river. I've visited a salmon hatchery where they grow them from eggs to be released into the wild. So I know, it's abnormal to raise salmon in crowded pens for food. Besides just the concept of crammed physical component of farmed salmon, the their feed is not what nature intended either. They are fed "soy, poultry litter, and hydrolyzed chicken feathers." As a result, farmed salmon is lower in vitamin D and higher in contaminants, including carcinogens, PCBs, brominated flame retardants, and pesticides such as dioxin and DDT.

According to David Carpenter, MD, director of the Institute for Health and the Environment at the University at Albany and publisher of a major study in the journal Science on contamination in fish, the most contaminated fish come from Northern Europe. "You can only safely eat one of these salmon dinners every 5 months without increasing your risk of cancer," says Carpenter. "It's that bad." Preliminary science has also linked DDT to diabetes and obesity, but some nutritionists believe the benefits of omega-3s outweigh the risks. There is also concern about the high level of antibiotics and pesticides used to treat these fish. When you eat farmed salmon, you get dosed with the same drugs and chemicals.

There is also a risk of salmon being GMO salmon.

How to avoid it: Switch to wild-caught Alaskan salmon. If the package says fresh Atlantic, it's farmed.

According to Rick North, project director of the Campaign for Safe Food at the Oregon Physicians for Social Responsibility and former CEO of the Oregon division of the American Cancer Society, most CAFO milk producers treat their dairy cattle with recombinant bovine growth hormone rBGH or rBST, to boost milk production. But rBGH also increases udder infections and  it may even cause pus in the milk. It leads to higher levels of a hormone called insulin-like growth factor in milk. In people, high levels of IGF-1 may contribute to breast, prostate, and colon cancers. "When the government approved rBGH, it was thought that IGF-1 from milk would be broken down in the human digestive tract," says North. As it turns out, the casein in milk protects most of it, according to several independent studies. "There's not 100% proof that this is increasing cancer in humans," admits North. "However, it's banned in most industrialized countries."

How to avoid it: But milk that are "rBGH-free, rBST-free, produced without artificial hormones" Or buy organic milk. These are rBGH-free. 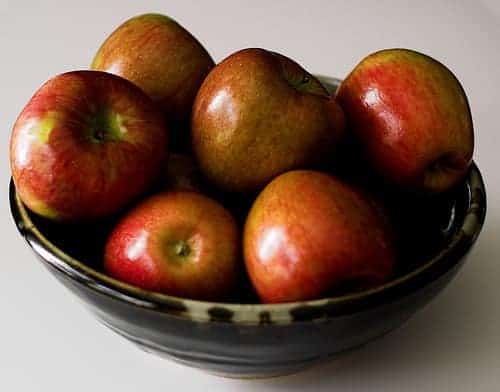 According to USDA's sampling there were 47 pesticide residues found on apples. And there are known toxins for humans and bees. It is the No. 1 produce on the Dirty Dozen list from Environmental Working Group's to avoid every year. Because of the way the fruit is grown, apples have poor resistance to pests so they are sprayed frequently. Mark Kastel, former executive for agribusiness and co-director of the Cornucopia Institute, "Farm workers have higher rates of many cancers." And increasing numbers of studies are starting to link a higher body burden of pesticides (from all sources) with numerous diseases and cancers. It just makes sense to avoid pesticides at all costs. Check out the Dirty Dozen Plus and Clean Fifteen list by EWG so you know what to avoid and what are safe to buy conventional.

Now you know but here are some more you should know!

While this post might seem daunting, it is easier for consumers to buy organic and safer foods now a days. So be an educated consumer; shop and store your food wisely.