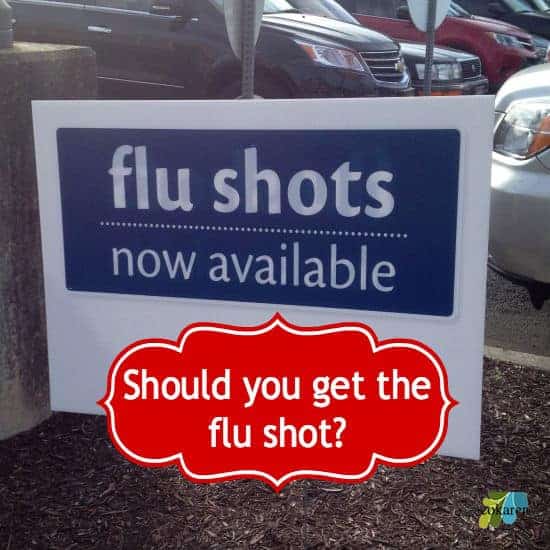 I'm sure you've noticed these signs everywhere..."Get Flu Shots Here" or "FREE Flu Shots Here". I saw a sign even at a bank in my neighborhood recently.

As a Chiropractor, I could never 'advise' my patients about the flu vaccine. It was not in my scope of practice. But personally - from what I learned about vaccines - I never got a flu shot or had my family get them. Chiropractic philosophy is all about letting the body heal with its innate abilities. We have all the system we need to protect against any disease, as long as we are in "tip top" shape with properly aligned spine from regular spinal adjustments. Of course, we have to eat right and exercise regularly too. And ironically, have you noticed that you only get sick when your "guard" is down? So why would we need the flu shots when we are healthy and can prevent it naturally? (Update: There have been cases of healthy people dying of the flu but very rare and still no clear information as to what underlying diseases those people suffered from)

And even if you get the flu and you're healthy, natural remedies like Immune Boosting Syrup, Asian Pear and Honey Cough Remedy and Ginger Honey Cough Drops can help you get better without drastic intervention. Even CDC admits vaccines can be ineffective.

But to be objective, here are the facts about the influenza vaccine so you could make an informative decision for you and your family.

What is Influenza or the Flu?

What are symptoms of the flu? You may feel some or all of the following:

Most experts say Flu viruses spread by air and touch when people with flu cough, sneeze or talk. The droplets can contaminate people who are nearby. It's rare a person get the flu by touching a surface that an infected person touched. The tough thing about the Flu is that you may be contagious before you know you are sick. And of course, when you are sick, you are highly contagious. Young children, elderly, and immunocompromised population are more susceptible to the flu since their immune system is fragile. Unless you work in a health care environment or are exposed to a large crowd of people constantly, healthy adult should not worry about being infected with the flu. But that's just my opinion.

Flu symptoms can be mild or serious. In mild cases, a person can recover in days but in serious cases, a person can get Pneumonia, dehydration, and even die from the flu. According to Center for Disease Control (CDC), "Between 1976 and 2006, estimated deaths in the United States from the flu ranged from about 3,000 during the mildest season to 49,000 during the most severe season."

But we don't know what kind of 'state' these patients were in before they contracted the flu. Were they healthy adults or were they young children, elderly, or immunocompromised? The report doesn't say.

Like I said, I have never gotten a flu shot in my life. But I know someone who almost died from getting a flu shot. In fact, he had to quit medical school (it was a requirement to get a flu shot to attend medical school) because he became really ill. But on the other side of the token, I also don't know how many people didn't get the flu because they received the flu vaccine. That data will never be available since how can you test everyone who received the flu vaccine to see if they would have gotten the flu without the flu shot. Human study results are hard to obtain with cases like these.

But here is the real deal. According to CDC,

It's not possible to predict with certainty which flu viruses will predominate during a given season. Flu viruses are constantly changing (called “antigenic drift”) – they can change from one season to the next or they can even change within the course of one flu season. Experts must pick which viruses to include in the vaccine many months in advance in order for vaccine to be produced and delivered on time. Because of these factors, there is always the possibility of a less than optimal match between circulating viruses and the viruses in the vaccine. CDC analyzes influenza viruses that are circulating each season to see whether they are like the viruses included in that season's vaccine.

So basically, there is no guarantee that the vaccine has the strain of virus that's needed to protect me from? And I'll be putting those 'uncertain' ingredients of the vaccine in my body but it's not going to guarantee my not getting the flu because the "specific" virus strain might not match the current seasonal strain?

Hmmm....that's not a good way for me to gamble with my health, is it?

Here are some of the Ingredients in Vaccines

This year, two new flu vaccines are available: Flucelvax® and Flublok®. Flucelvax® is a Flu A and Flu B vaccine produced using cultured "mammalian" animal cells instead of fertilized chicken eggs. According to its description, it provided ONLY 50% protection against influenza A in a study in 2007-2008. Flublok® is made using recombinant techniques and also does not use eggs, and contains no preservatives (thimerosal), antibiotics or adjuvants. The efficacy rate was estimated to be 44.8%.

There are a myriad of older vaccines available too and it's important that you check to see which vaccine you are getting since some are made from chick eggs and not from animal cells like the two new ones above. Check the full list HERE.

I don't know about you but these rates of successes do not impress me at all. Only 50% efficacy and recombinant DNA from some animal cells being injected in me with no long term studies to show any side effects from the vaccine? Makes me doubtful even more.

Side Effects of the Flu Shot

According to CDC, "The viruses in the flu shots are either killed (inactivated) or recombinant (don’t contain virus particles), so you cannot get the flu from a flu shot."

However, side effects from a flu vaccine can include:

Serious complications include as per National Vaccine Information Center (NVIC),

As of July 2012, there have been more than 84,000 reports of reactions, hospitalizations, injuries and deaths following influenza vaccinations made to the federal Vaccine Adverse Events Reporting System (VAERS), including over 1,000 related deaths and over 1,600 cases of GBS.

So, CDC wants me to get a flu shot so I don't 'get' the flu but I might feel these flu-like symptoms after getting the shot? What's the difference if it's not really called a 'flu' but you have similar symptoms anyway as result of getting the flu shot?

Who Shouldn't Get Vaccinated

According to CDC following people should NOT get the flu vaccine:

According to a Peter Doshi, a Postdoctoral Fellow at Johns Hopkins University School of Medicine interviewed in British Medical Journal, he believes CDC is engaging in unnecessary "disease mongering", vaccine marketing campaign that puts fear in people to be vaccinated for conditions that are not life threatening. Doshi also stated that "All influenza is “flu,” but only one in six cases of "flu” might be influenza." This might explain why not all “flu shots” work! Doshi also "argues that the vaccine might be less beneficial and less safe than has been claimed, and the threat of influenza appears overstated", according to BMJ.

It seems to be that 'selling' flu vaccines is a huge industry where you can get them anywhere, even at banks now, and more people get the flu shot, more money big pharma makes money. And what better way to get the CDC, a public health agency, involved in making people get scared about the 'possibility' of dying without the vaccine?

How to prevent catching the Flu?

Here are just some of the ways I make sure my family does not catch the flu.

Click HERE for more in depth ways to prevent flu or colds naturally.

Disclaimer: I am not a medical doctor; I am a Chiropractic Physician. This is my own 'personal' analysis and my own opinion, not as a medical doctor. You have to make informed decisions based on data and facts for you and your family. My opinion should not be a substitute for medical advice from a healthcare practitioner.