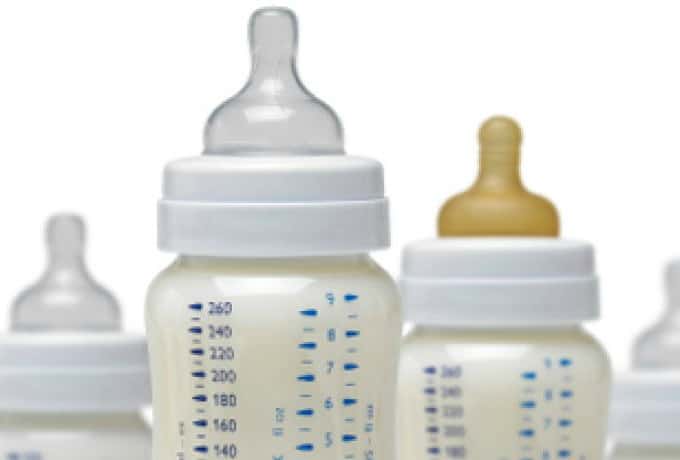 The Food Safety Bill could be decided on by the Senate as early as tonight. And what you might not see on the bill is BPA ban on baby products. Meanwhile, the news out of Brussels this morning is that Europe is banning any baby bottles containing the chemical Bispheno-A as early as starting March, 2011.

Yup. We are behind Europe when it comes to food safety, again.

According to the New York Times, the Food Safety Bill may NOT include the BPA ban that Senator Feinstein (D – Calif) and Rep. Edward J. Markey (D -Mass) introduced because of the industry’s, mainly,  American Chemistry Council, opposition.

Europe on Thursday banned baby bottles containing the chemical Bisphenol-A as of early next year over fears it may harm the health of children throughout the EU’s half a billion population.

Parents across the European Union, the world’s biggest open market, “can be sure that as of mid-2011 plastic infant feeding bottles will not include BPA”, said John Dalli, commissioner in charge of health and consumer policy. “This is good news for European consumers.”

The ban will see the “manufacture of polycarbonate infant feeding bottles with BPA” outlawed from March 1, 2011, and from June 1, 2011, “the placing on the market and the importation into the union of these bottles will be prohibited”, the commission underlined in a statement.

What is Bisphenol – A?

Bisphenol – A, BPA, was developed in 1930′s and widely started to be used in plastics in 1950′s when scientists discovered that the chemical, hormone disruptor, stabilizes plastic and makes it shatterproof. But the chemical has been found to cause many health problems. According to The Washington Post,

More than 200 studies have connected BPA to a range of health concerns, including cancer and developmental and reproductive problems. Some U.S. states and cities have banned its use in certain products, primarily in items for young children that come into contact with food. Many companies have voluntarily removed BPA from their products or required suppliers to provide BPA-free options.

BPA is found in everything from can linings to cash register receipts and toilet paper. Recently, FDA and EPA have started to look into studying the effects of BPA on human health.

The FDA said in January that it had “some concern” about possible health effects linked to BPA but did not have enough reason to restrict its use and would study the question over 18 to 24 months. The Environmental Protection Agency says that it, too, wants to study the matter. And the National Institutes of Health are spending $30 million over the next two years, also examining whether BPA poses a health risk.

Senator Feinstein expressed frustration over the American Chemistry Council’s opposition over the health of the children when she stated, “I don’t understand how a chemical group would oppose taking a chemical which, at the very least, may impact the endocrine systems of infants [out of products] because they want to make money on it,”

What can we do to ban BPA from our lives?

Do not buy products with BPA in them. It may not be as easy as it sounds, but if you are already living a simple green life, it’s easier than you think.

Now, some stores changed its policy NOT to carry children’s products with BPA. And some states also banned BPA in children’s products as well. But how about adults who come in contact with BPA on a daily basis? Some critics say that the amounts are minuscule. But remember this scenario I painted?

I go to a store, buy newspaper and a case of beer or soda, get the receipt from the clerk, pick up a pizza pie for dinner, and then after a nice pepperoni pizza dinner, I go to the bathroom, do my business and then, eventually go to bed with my night guard on……get the picture? How many times was I in contact with BPA just from this scenario?

So, yeah, BPA is everywhere and the amount I’d be in contact with is more than I want in my system.

What do you think? Can you eliminate it from your life because clearly, our government might not help us.