My tips on How to Cook Spaghetti Squash in Instant Pot and Asian Inspired Sauce recipe will change your mind about cooking spaghetti squash. It takes literally half the time in the Instant Pot compared to in the oven and the tips on making longer strands will blow your mind. 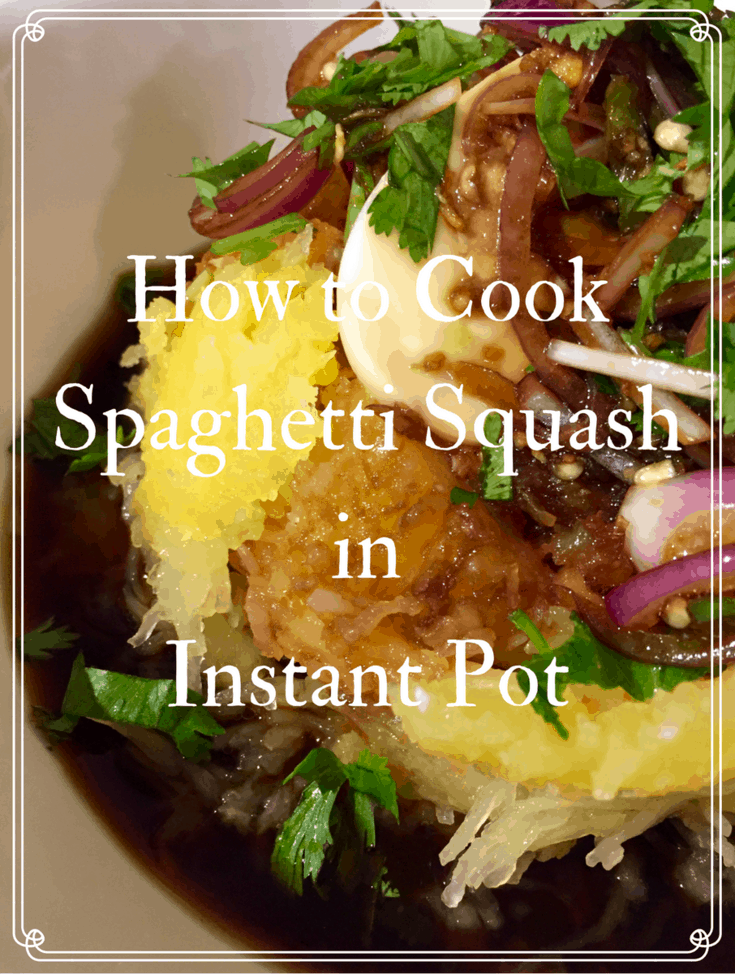 It’s that time of the year when squashes and pumpkins are everywhere. And one of the seasonal squashes I love is spaghetti squash because it’s a perfect grain-free spaghetti option. Zoodles is great too but spiralizing zucchini takes time, and I’m impatient. Don’t judge. The most common method to cook spaghetti squash is to roast it in the oven for about an hour. An hour! That is too long. Did I say I was impatient? But not only that, to roast it in the oven, you have to cut it in half to speed up the roasting time, which can be dangerous since the skin is pretty hard to cut through. You better have a sharp your knife before plunging it deep to cut the darn thing. You also have to scrape all the seeds off before roasting it. Needless to say, I don’t cook spaghetti squash that often.

But since I got my Instant Pot®, I’ve been enjoying cooking it more often since it cooks so much faster than in the oven and you don’t even have to cut it in half if it fits inside the inner pot! And the hard skin? It peels right off after it’s cooked.

Watch this video I made after my friend Anna from Green Talk gave me one of her squashes she grew in her garden.

How to Cook Spaghetti Squash in Instant Pot

See how easy it is? If that didn’t convince you to buy an Instant Pot, I don’t know what will. And you’ll learn quickly I wrote 2 Instant Pot cookbooks! It’s a game changer.

NOTE: The video says 6 minutes because I like it ‘al dente’ but if you like it softer, cook for 14 minutes and let the pressure release naturally.

What sauces should you put on it?

You can top this spaghetti with any sauces you like. If I’m serving it as a side, a simple garlic butter with salt and pepper will do. Sometimes, adding parmesan cheese on top with EVOO does the trick too. But if you want to have this as a main meal, try this Asian-inspired sauce. It’s dairy, egg, gluten, grain-free. You can make it soy free if you use liquid aminos. If you decide to roast the squash in the oven, that’s ok. You can still try my sauce. 🙂 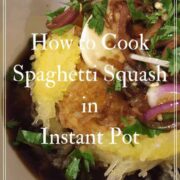